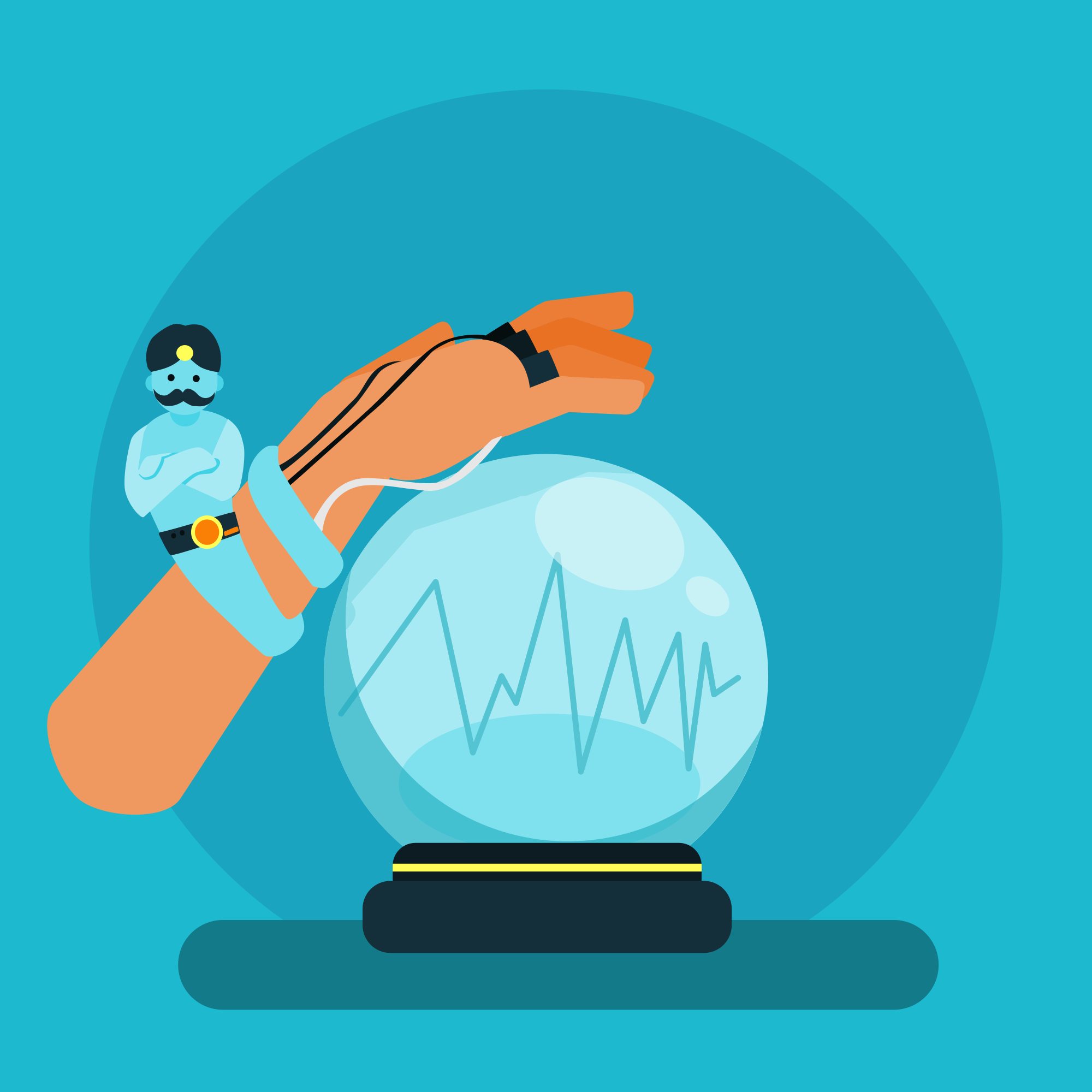 Palm readings – what can neuromarketers learn from galvanic skin response?
Everyone knows the classic sign of nervousness in sweaty palms during a first date or a big client presentation (and for the unlucky few, sweaty everything else), but did you know we can learn so much more about you with that? Galvanic Skin Response (GSR) is a way of measuring your level of emotional arousal (be it unbridled joy or abject horror) based on electrodermal activity, that being the continuous variation in electrical potential difference between the surfaces of your fingertips.
How does it work?
Your autonomic nervous system is best known for the “fight or flight” response. Given how critical it is to flee or fight as soon as possible in a survival situation, the autonomic nervous system must work incredibly fast the moment you see anything that could be a threat (heighten your emotions). Among other responses, the sympathetic branch of the autonomic nervous system causes you to sweat, which increases conductance of the skin (or increased electrical potential difference).
This skin conductance is an indication of psychological or physiological arousal or, for example, the degree of intensity of your excitement or fear. These days, however, humans aren’t exactly running from tiger attacks, so most of the signals the sympathetic nervous system gives are much smaller – maybe you’re excited about a new iPhone release or irritated with an app’s poor navigation. As a result, the amount you sweat due to emotional arousal is often imperceptible to you, but perfect for GSR measurements.
In measuring GSR, we place two electrodes either on your fingers or on your wrist and measure the conductivity of the skin between them (you don’t feel a thing). When you sweat, even slightly, the conductivity of your skin changes and we know that you’ve just seen or experienced something that changes your state of emotional arousal.
Pros and Cons
GSR provides useful insight into the moment-to-moment emotional state of someone in response to whatever you place in front of them, be it tasks, products, copy, webpages, etc. The equipment is easy to set up and transport, making it ideal for work in the field, such as assessing levels of emotional arousal during in-store shopping experiences.
Because emotional arousal is such a broad term and can denote anything from joy to rage, it’s important to pair this technology with other measures so you can also assess the nature of the emotional arousal, be it a positive or negative response. Here’s where the measures of emotional affect (as in the type of emotion being experienced; for example, happiness or disgust, anger or contempt) are useful in providing much needed context of the consumer experience.
When setting up a GSR experiment, it’s important to bear in mind a couple of issues. First, the slight time delay between the stimulus being measured and the response – there is always variability in responses in terms of time, which can be as much as a few seconds. Some people are slow responders, while others are faster. This can make it difficult to aggregate the results. However, there are nice workarounds to these problems, developed by physiologists and neuroscientists.
Research participants moving their hands a lot may produce artefacts or false readings in the GSR, since physical activity results in sweat. It’s therefore important to be able to differentiate between change in conductance caused by actual arousal and that caused by activity. Lastly, large changes in environmental temperatures are also known to produce false readings or artefacts in GSR recordings. All these challenges can be managed by implementing good baseline control tests as part of the study design.
An Example
Why do we enjoy music when, functionally, it is a series of tones that serves no purpose towards our survival? A research group in 2009 used GSR to attempt to answer that question. They found that, when people listened to their favourite music as opposed to music they didn’t enjoy, they had heightened physiological arousal to match their increased emotional arousal. This suggests that enjoying music has physically pleasurable effects on the body, and begins to answer the question of why we enjoy it so much.

Getting to Know Neuromarketing: Facial Coding 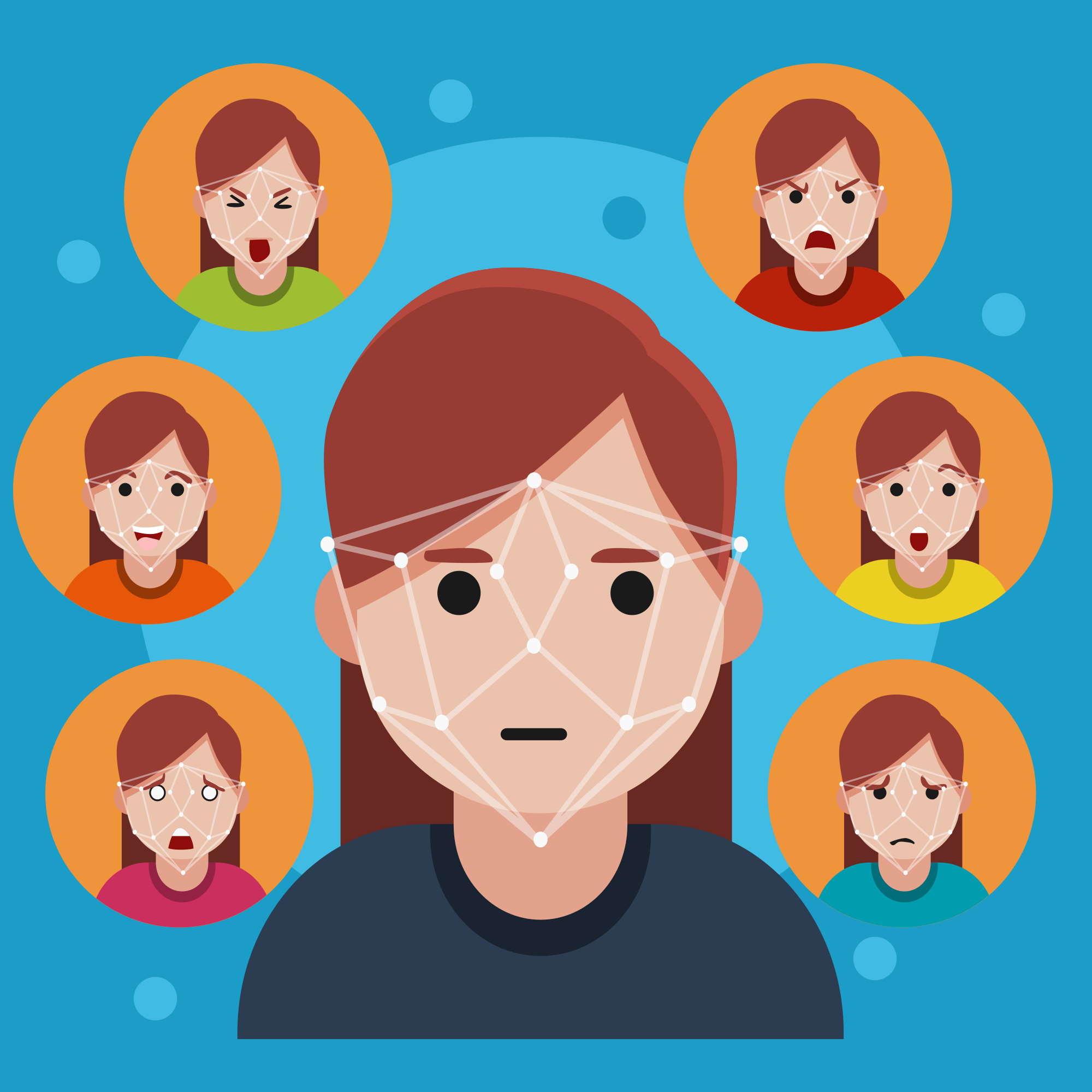 Joy and surprise or fear and disgust: imagine knowing exactly how a consumer feels about an advertisement, website or mobile app moment to moment as they experience it. It’s not science fiction, it’s Facial Coding.
Facial Coding is a technique that makes it possible to detect and qualify emotions and their intensity based on the observation of the facial expressions of an individual.
How does it work?
Facial Expression Analysis, as the Facial Action Coding System, was originally developed by Carl-Herman Hjortsjö in the late 60’s and early 70’s and pioneered by Paul Ekman and Wallace Friesen in the 70’s, where facial expressions are analyzed, mainly through changes in specific categories of facial muscles, to determine an individual’s emotional response.
In this system, facial muscle contractions or relaxations are broken down into “action units” (AU) identified by a number. Each unit represents the activation of one or more facial muscles. For example, AU 0 represents a neutral face and AU 1 corresponds to the “raising of the inner part of the eyebrows”. An expression can therefore correspond to several action units. The intensity of the expression is noted on a scale from A to E, E being the maximum intensity. Thus, for example, 1C shows a marked or pronounced rise in the inner part of the eyebrows, but not very intense.
The facial-feedback theory of emotions, is the backbone emotion theory of how facial expressions are connected to experiencing emotions. Two important proponents, Charles Darwin and William James both noted that physiological responses often had a direct impact on emotion elicitation, rather than simply being a consequence of the emotion. Supporters of this theory have suggested that emotions are directly tied to changes in facial muscles; for example, people who are forced to smile pleasantly during a social function are likely to have a better time at the event than they would if they had frowned or carried a more neutral facial expression. There has been a large body of research undertaken in Facial Expression Analysis over the last four decades, contributing towards diverse fields such as psychology, anthropology, business, marketing and crime.
How does this look?
Today, facial expressions are easily captured using a good-quality camera. A participant will be performing a set task on a website, for example, while a webcam records their facial expressions. The video will then be analysed frame by frame using sophisticated software, usually in conjunction with a recording of whatever the participant was experiencing on-screen.
It can then be determined what emotions the participant was feeling at any point during the task. For example, if your participant was frowning during key moments of a user journey while navigating your website, you might want to rethink those specific elements of your user experience as users may be having difficulty or find those aspects very confusing.
Some Pros and Cons
For facial coding to be accurate, a clear, front-on recording of the participant’s face is needed, with good and even lighting (a change in lighting can influence the readings drastically). This can make it tricky to implement in real world environments where the participant is moving freely, such is during a shopper journey assessment. Some participants also just don’t emote as much as others. They naturally have a dead pan facial expression that gives nothing away, much like a professional poker player concealing his winning hand, thereby not giving researchers any useful data. The software used at this point is also subject to error and may miss the context or more subtle emotional cues in the data it puts out. It is for these reasons (and more) that, of all the neuromarketing techniques available, facial coding has been shown to be the least effective in predicting future consumer behaviour.
However, there are a lot of positive aspects to it. For example, facial coding experiments are non-invasive and, as all that is needed is a good camera, it is possible to gather data from more than one participant at a time. Although an expert is ideal for Complex Facial Expression Analysis studies, less robust data collection can be performed by just about anyone with minimal training. As the data collection is also mostly automated, turnaround time is relatively quick while the cost is fairly low compared to other Neuromarketing methods. Facial expressions are also universal – a smile means the same thing in humans almost everywhere – so cultural differences need not be factored in. Overall, Facial Coding has modest reliability and is a robust measure of emotional expression; especially providing quality and type of emotion expressed.
A Fun Example
Disney recently usedAI and facial tracking to gather data from audience sizes of 400 people. They tracked the audience’s facial expressions – and, therefore, their emotional responses – to nine of their movies. The study involved 150 showings and yielded a stunning 16 million facial landmarks from 3179 audience members overall.
With this information fed into an AI, Disney is now able to predict what an audience member’s reaction will be to key points throughout a movie based on their facial expressions in the first ten minutes. Moving forward, this will be a valuable tool for assessing the effectiveness of their new movies in hitting the right emotional beats. This improves their storytelling ability and ultimately the success of their feature films.

Disclaimer: Information provided by this website is for research purposes only and should not be considered as personalized financial advice. Any investments recommended here should be taken into consideration only after consulting with your investment advisor and after reviewing the prospectus or financial statements of the company. The Proficient Investor, its managers, its employees, and assigns (collectively "The Company") do not make any guarantee or warranty about what is advertised above. The Company is not registered or licensed by any governing body in any jurisdiction to give investing advice or provide investment recommendation. All investments carry risk and results are not guaranteed.