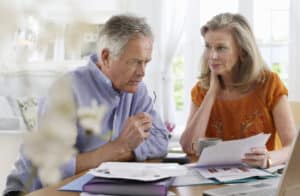 People falling behind on credit payments for cars and other products may soon have their items seized by lenders, under the regulator’s plans.

A ban on repossession of goods and vehicles is due to expire at the end of January.

The Financial Conduct Authority (FCA) said that extending the ban could leave people owing much more over time.

However, the FCA is proposing that no homes are repossessed before the start of April.

The coronavirus pandemic meant the ban on repossessions of homes, vehicles and other items in the UK was put in place and extended to the end of January

Normally, lenders can seize homes and goods if somebody falls too far behind on loan repayments.

Deferrals on payments are available for an agreed period of time, but the FCA is now proposing that repossessions of items bought on credit – such as cars – can resume from the start of February.

“This should only be as a last resort, and subject to complying with relevant government public health guidelines and regulations, for example on social distancing and shielding,” the FCA said.

“Firms will also be expected to consider the impact on customers who may be vulnerable, including because of the pandemic, when deciding whether repossession of goods or vehicles is appropriate.”

It argued that interest over a longer period, combined with the depreciating value of the goods or vehicles, would leave people with a potentially unsustainable bill.

The popularity of car finance has fallen amid the pandemic. New figures from the Finance and Leasing Association show a fall in new business volumes of 24% in November compared with the same month in 2019.

The picture for homes is different, owing to the government restrictions on movement and the transmission risks of coronavirus.

The FCA’s repossession ban on properties is proposed to be extended to April.

Last week, governments in England, Wales and Scotland all extended their ban on bailiffs enforcing evictions of tenants who have fallen behind on rent.

The FCA’s proposals for homeowners covers the whole of the UK, and is subject to consultation for the next five days.

That means they have deferred the payment, but will probably have to pay more each month when repayments resume.

Applications can be made before the end of March 2020.

When the six month deferral has been used, lenders assess the borrower’s circumstances and devise an arrangement that could include extending the mortgage term, accepting partial payments, or – only in the short-term – another deferral.

This will show up on their credit record.