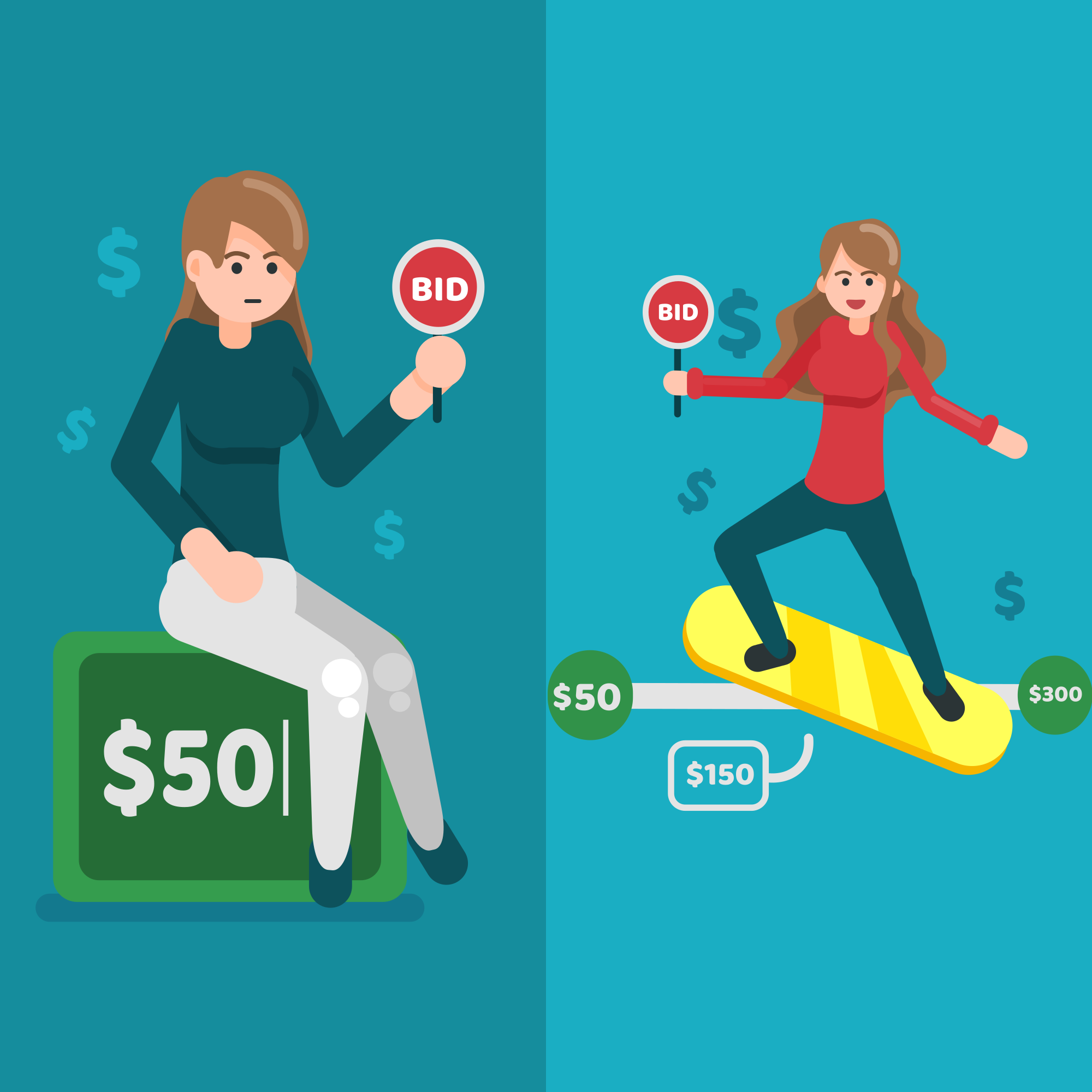 Picture this: You’re bidding online for a rare Star Wars collectible that reminds you of your childhood and, before you know it, you’ve spent your life savings on a Death Star paperweight that isn’t even that good at weighing down paper. Good luck explaining this one to your significant other – maybe you can blame it on the slider?
Text boxes and sliders are often used interchangeably when asking customers -or cash donors- to specify an amount of money they would like to offer through an online bidding or donor platform. But recent research from Oxford University has shown that platform owners aren’t doing themselves any favours by using the tiresome text box.
They found that, when a slider is used, people are more likely to bid higher for an item or donate more money to a cause than if they had been prompted to simply enter values into a text box.
How Do Sliders Do This?
This phenomenon, the researchers posit, is most likely due to an “end-point assimilation effect” where, when presented with a starting and end point on a scale, people tend to choose values closer to the end point. For example, if you’re bidding on a painting then R5000 might seem reasonable until you see the bid at the end of the slider is set at R15 000. Then you might think you’re betting too low as this now becomes a point of comparison, so you slide the slider a bit closer to the middle, or even past the middle.
It is made clear that the mere presence of a set end-point isn’t the only thing that makes sliders more effective – they remained more effective even when text boxes were presented alongside a set maximum. Something about the visual effect and movement of a sliding scale changes what we consider to be relatively high, medium and low values. The researchers point out that people might also enjoy the momentum of moving a slider and as a result move it further – a benefit we don’t see with text boxes.
When and How Should I Use Sliders?
Sliders are ideal when you’re asking customers questions such as “what is your budget?”, “what is your bid?”, and “how much would you like to donate?”. Really, any question where customers are specifying or volunteering an amount of money.
The slider’s minimum amount should not be zero – it should be the lowest value you are willing to accept. That way, even if the customer bids relatively low, it’s still more than what you absolutely need. Similarly, the maximum shouldn’t be too outrageously high. You want your customers to form a short-hand in their minds for what constitutes a relatively low, medium and high amount of money, where the “medium” is slightly more than what they perhaps initially valued the item at.
This isn’t a fix-all: your item or charity still need to be deemed valuable by the customer, and that’s on the rest of your digital marketing.
What does this teach us about consumers?
Every single point of interaction with your consumer, and the way in which your information is being presented or framed during that interaction, will all have an impact on their behaviour. Subtle behavioural nudges, like our slider example above, can have a major influence on a consumer’s willingness to purchase your product or service. You therefore really need to consider each and every touchpoint as an opportunity to influence behavioural intent.