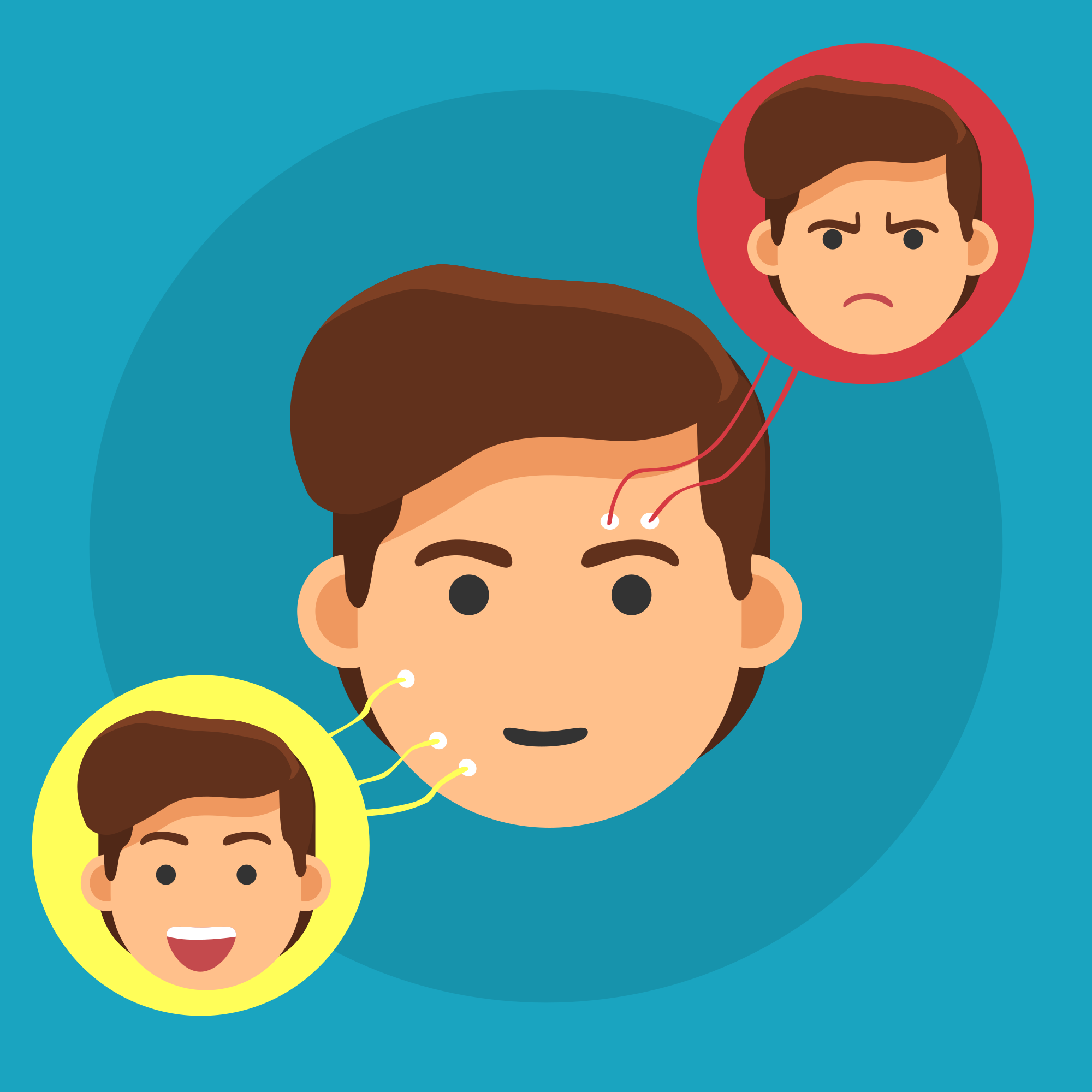 Picture this: you’re at a party and things are going well, except that the food is terrible. The host comes up to you and asks whether you’re enjoying everything. They look nervous. You suppress your disgust as you take another bite of food. “It’s great!” you insist.
Neuromarketers are the host in this situation. People are hesitant to be impolite, even if asked for their honest opinion. They suppress their emotions. This makes techniques such as facial coding tricky, because a camera cannot always pick up the more subtle emotions that are at play. This leads to fewer useful insights.
How do we fix this?
Enter facial electromyography (fEMG). This technology is based on the fact that the use of electricity is the brain’s way of signaling muscles to move. Electrodes placed over a muscle are able to pick up not only whether the brain wants the muscle to move, but by how much. This applies to facial muscles as well.
fEMG can detect when specific muscle groups of the face are activated, and by how much. This is then translated into a specific facial expression; the physical manifestation of the emotion being experienced. For example, if we detect that the zygomaticus major muscle contracted, we know that you were smiling and, therefore, probably enjoyed whatever you just saw.
What are the pros and cons?
Using fEMG has several benefits, the main one being sensitivity. This technology is so sensitive that it can detect the very slight signals of a suppressed emotion that the human eye or even a camera would miss. You hate the food you’re eating, but try to hide it. However, your brain has still sent a weak signal to the corrugator supercilii, indicating that you actually hid a frown. fEMG picks that up and lets the researcher know that this food should maybe be sent back to the kitchen to undergo more optimization.
fEMG is also ideal as more and more neuromarketers use VR headsets in their research. The headsets make it tricky to track emotions using a traditional camera and facial coding, given that half the face is obscured by the VR headset. However, fEMG electrodes can fit nicely underneath the headset.
The only downside to fEMG is that there is a limit to the number of muscles that can be recorded. Too many electrodes on the face make the participant uncomfortable, and can limit their facial movements. Usually only two or three muscles can be tracked at once, so the nuance of some facial expressions is lost.
Give me an example
An interesting study from the University of Vienna used fEMG to test the emotional responses of participants when exposed to ambiguous and non-ambiguous versions of famous artwork – ie. Artwork where you can’t tell what is happening and artwork where you can. They recorded whether participants showed more positive or negative facial expressions when viewing these different types of art. They found that, unlike in real life, where ambiguity is generally met with frustration, people tend to be more positive when they encounter visual stimuli that they don’t understand in the context of art. A fascinating combination of neuroscience and art!