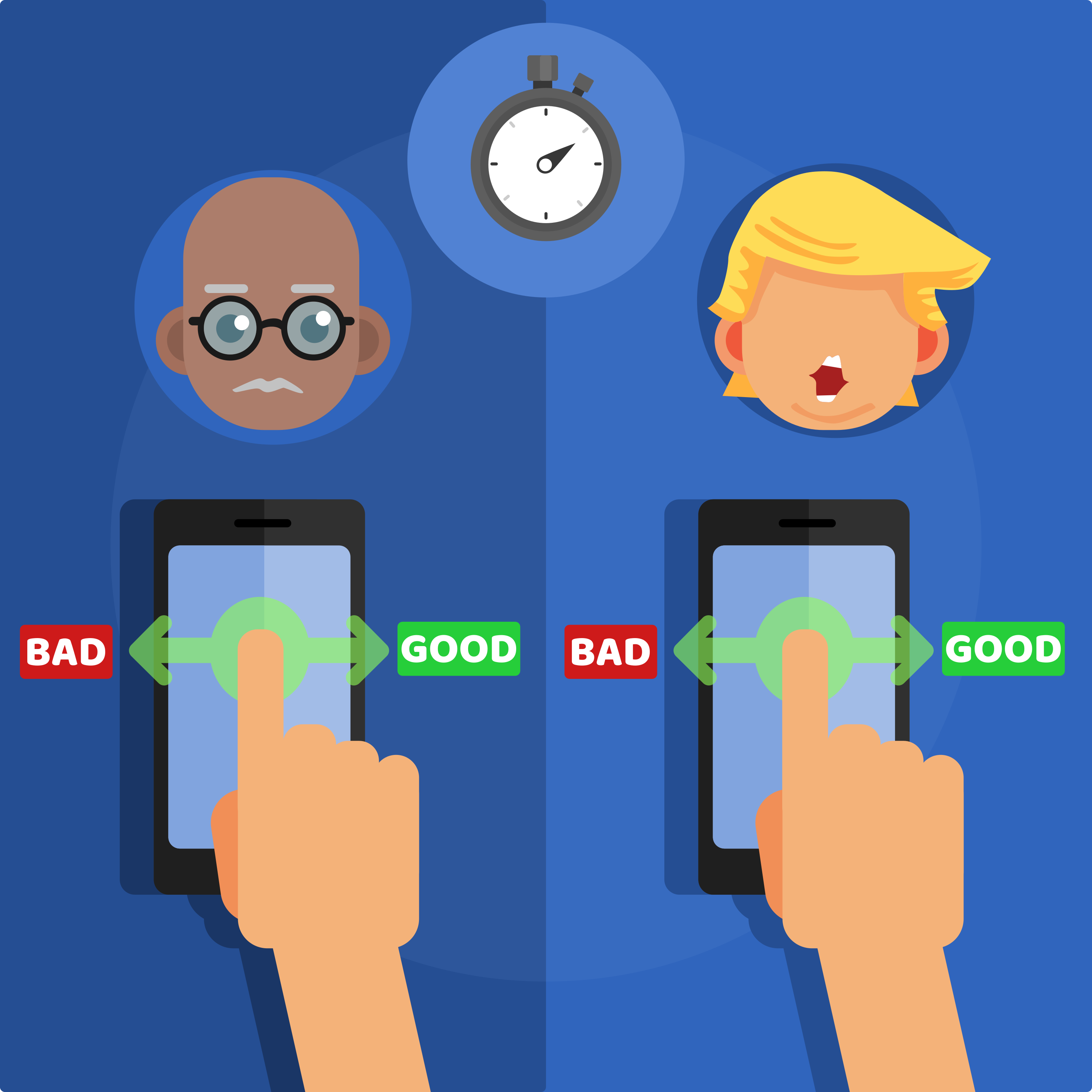 As Dr House, M.D. famously said, ‘’Everybody lies”. This is true even in something as seemingly harmless as a consumer survey. People lie for all kinds of reasons – to make themselves look better, to be polite or simply because we don’t realize what cognitive biases we are subjected to. Who among us hasn’t over-exaggerated the amount of exercise we get in a week, or downplayed how much we disliked a product?
Tell us how you really feel
The Implicit Association Test (IAT) is used to assess our cognitive biases by measuring the strength of the association between objects and/or attributes
Made famous by Harvard’s “Project Implicit”, IAT presents you with two words (target categories) on either side of your screen: good or bad, old or young, white or black. It then flashes a third word (exemplar) up in the center of the screen and you have a lighting fast amount of time to decide whether this third word (stimulus) is better associated with the left- or right-sided target category on your screen.
The short amount of time you have in which to respond forces you to make impulsive, instinctive decisions. This cuts away the clutter of you debating what’ll make you look better, or which you consciously prefer to say, straight down to which association your brain genuinely believes is correct. The faster you respond, the stronger that association is believed to be. This means that IAT measures not only implicit associations, but the strength of those associations.
This technique has been effective and most popular in highlighting the implicit bias people have against certain genders, races or ages. But remember, this doesn’t make someone a bad person: implicit bias is partly a product of our environments and how we were raised. Implicit biases are also hardwired and part of being a human. We are all naturally inclined to make decisions based on shortcuts of information at our disposal, which means we are all inclined to develop forms of prejudice. For example, we can have an implicit bias but not consciously believe that one gender is better suited to math. How we act on this prejudice is what matters.
IAT and Understanding Your Customers
As it is a lot more in-depth, it might take a bit more work to prepare than a standard survey. Although IAT has been used and cited in more than 800 different studies, there is also some debate as to how the IAT accesses the subconscious.
The main benefits of a survey are still available with IAT: it is economical, relatively easy to set up, quick to distribute and there is a wealth of software available to help you process the data.
IAT can elicit more honest implicit answers from your customers than a simple survey could. If your research requires customers to give honest, insightful answers about their feelings (something difficult to do in any setting), IAT is a useful tool in extracting that information. Combined with technologies such as eye tracking, this technique allows for a better understanding of the participant’s attention during the testing.